Rumors saying that Lindsay Lohan's dead is not true. This rumor has been circulating the web is based on a fake twitter account. It has been reported that Kim Kardashian asked on her Twitter if Lohan was really dead. But it was a fake Twitter account so the Lohan rumor was quickly dismissed.
According to the Kardashian's fake Twitter, "OMG! Is Lindsay Lohan really dead? I keep hearing this rumors from my friends and stuff! Is it true?" Nonetheless, the real account doesn't say anything about the matter.
Well, it's not only Lohan who had been victimized with this kind of scandal. Young and hot celebs such as Miley Cyrus, Justin Bieber and Robert Pattinson are just among the victims.
Posted by webi at 4:43 AM No comments: Links to this post
Labels: justin bieber, Lindsay Lohan, miley cyrus, others, rumors

What happens when you put your Farmville Bull in your Dairy Farm?

Special things will happen when you put your Farmville Bull inside your Dairy Farm. Since a bull is a male cow, your female cow will have a partner and they could produce a baby calf! Your dairy farm will be a place for giving birth to a baby calf.

Random farmers who tend their cows will see a Baby Calf and can share this to their friends! The Baby Calf is another adoptable Farmville animal and is not available in the Farmville Market. 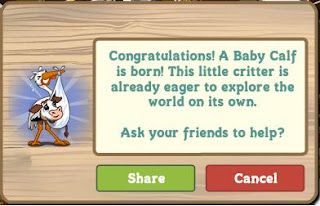 Posted by webi at 1:50 AM No comments: Links to this post
Labels: baby calf in farmville, facebook application, farmville animals, farmville bull

Watch The Imaginarium of Doctor Parnassus! 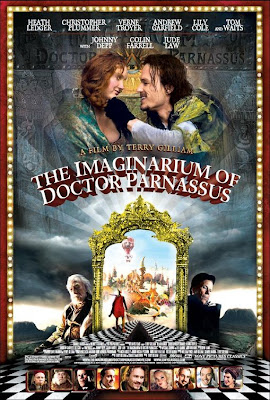 This star-studded movie features the late Australian actor Heath Ledger whose role was recast by equally gorgeous actors Johnny Depp, Jude Law and Colin Farrell. They portray the different transformations of Ledger’s character as he travel through a dream world. The movie’s production temporarily suspended the filming one-third of the way due to Heath Ledger’s death.

Watch the official trailer in HD.

Another lost animal is wandering in Farmville! Farmville has added the Lonely Bull which is an adoptable animal. The Farmville Bull is not available in the Farmville Market and can only be acquired through adoption. 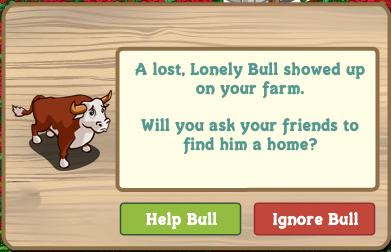 So where is this bull coming from? He escaped from the rodeo for he was tired of all the bucking, jumping and kicking. Now all he wants is a simpler life and a new home.

Be ready and get your own Farmville Lonely Bull! They say special things will happen if you put him in your Dairy Farms :)

Along with the Christmas season, Farmville features new items including different kinds of Christmas trees.

The Holiday Tree is limited to one purchase only meaning you can only have one Holiday Tree. It is where you can keep your presents. These presents are those gifts you receive from your friends. Gifts can only be opened on the 24th of December.